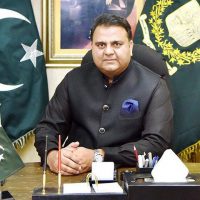 In a statement posted on Twitter, the minister said that both Pakistan Television (PTV) and Radio Pakistan would now enjoy complete editorial independence over the content they produce.

“As per vision of @ImranKhanPTI Ended political censorship on PTV, clear instructions issued for a complete editorial independence on PTV and Radio Pakistan, drastic changes will be visible in Information Dept in coming 3 months Inshallah,” he wrote.

He added that the new instructions were in line with the vision of PTI leaders and Prime Minister Imran Khan, saying that directives had been issued to state-run institutions for complete editorial independence.

The minister said that far-reaching changes were being introduced in the information ministry as well and expressed confidence that the changes would be visible within the next three months.

Though similar announcements have been made by previous governments, the PTV does not enjoy the credibility of being an impartial channel.

The government not only owns the channel and exercises administrative control over the institution but even the editorial content is managed by the party in power. As a result, PTV and the PBC mainly reflect the government’s views in its coverage.

The Pakistan Muslim League-Nawaz had promised in its 2013 manifesto that upon coming to power it would make PTV an independent channel. However until May 2018, former information minister Marriyum Aurangzeb had defended PTV’s allocation of considerable airtime to former prime minister Nawaz Sharif and his daughter Maryam Nawaz, saying that doing so was a discretionary right conferred upon her by the federal cabinet.

The PTV was established in 1964 when Pakistan entered the television broadcasting age with a pilot television station established in Lahore. The black and white broadcast was later expanded with establishment of the Rawalpindi centre in 1967, followed by the Peshawar and Quetta centres in 1974.

At present, the PTV has centres in Islamabad, Lahore, Karachi, Peshawar, Quetta, Muzaffarabad, and Multan.