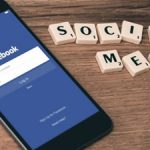 ISLAMABAD—Freedom Network on Monday demanded that Press Information Department (PID) take a serious view of a video in which death threats were hurled to television presenters Hamid Mir of Geo News and Muhammad Malick of 92 News.

Mir, in a tweet, said that a cleric from Rawalpindi abused some opposition leaders and honorable judges in a video. However, the video maker also mentioned his and Malick’s names and inserted their pictures.

Both Mir and Malick wanted to know who made the video.

According to a press release, the Chief Justice of Pakistan (CJP) Justice Gulzar Ahmed took notice of the said video of Agha Iftikhar-ud-Din Mirza on social media containing derogatory, contemptuous and scandalous language against the institution of the judiciary and honourable judges.

FN, in a tweet, said: “We take the threat seriously and if perpetrator(s) of crime is not brought to justice it will strengthen impunity for crime against media&journalists.”

Both journalists have been critical of the government over bad governance. In April this year, they also criticized noted cleric Maulana Tariq Jameel for his misleading statement against the media.