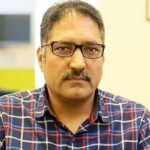 MIRPUR: Journalist fraternity across Azad Jammu Kashmir and Pakistan-based Kashmiri journalists Sunday paid rich tributes to veteran legendary senior Kashmiri journalist Dr. Syed Shujaat Bukhari Shaheed, on his 2nd martyrdom anniversary, with the renewal of the pledge to continue his mission of securing and protecting the rights of expression besides the birth rights of the people of Jammu & Kashmir State.

Bukhari, Editor of leading Kashmiri English daily “Rising Kashmir”, appearing from Srinagar, was martyred by unidentified gunmen outside his office at press enclave in occupied Srinagar, this day two years ago in 2018 when he was leaving for his home. Besides a seasoned journalist, writer, intelectural and analyst late Shujaat Bukhari was the leading voice for peace, justice, and rights in Jammu & Kashmir and ever-lasting Indo-Pakistan peace.

Special ceremonies were held under the auspices of press clubs and journalists organisations in various parts of AJK including the capital town of Muzaffarabad, Mirpur, Rawalakot, Kotli, Bagh Bhimber as well as under the auspices of Islamabad-based kashmiri journalists affiliated with AJK State’s press, to mark the martyrdom anniversary of shaheed Shujaat Bukhari, paying glorious tributes to the departed soul for his life-time vibrant services for the upholding of the voice of the people of Jammu & Kashmir for the achievement of their legitimate right to self determination through determining their destiny in line with their own wishes and aspirations under the spirit of the international norms and commitments.

Speakers said that the shaheed Bukhari, through his high intellect and pen, raised this voice of the people of Jammu & Kashmir inviting the international community about the continued deterioration of peace in South Asia following persistent deprivation of the people of Kashmir of their due right of self determination by India particularly � besides other bottle necks in the way of the ultimate goal of the complete success of Kashmir freedom struggle.

Lambasting India for constantly letting the reign of state terrorism in Indian held Jammu Kashmir, especially after her sinister act of August 05 last year of scrapping special status of the disputed Jammu Kashmir state, the speakers observed that India had crossed all limits of barbarity and aggression in its attempts to quell the voice of the Kashmiris whose only demand was the freedom from Indian occupation, they added.

“India will never succeed in its dastardly designs to subdue the freedom movement in IOJK”, they said.

Paying rich tributes to shaheed Shujaat Bukhari for his life time meritorious services for Kashmir cause, Shujaat’s old friend – renowned broadcaster and controller programs Muhammad Shakeel called for making public any high level transparent inquiry report about the assassination of the veteran journalist to bring the perpetrators to justice. He underlined that non of the accused involved in the brutal killing of Shujaat Bukhari was arrested despite passage of over two years. “It was ample proof of the fact that Indian state was behind the brutal killing of Shujaat Bukhari to gag the strong voice and custodian of the due rights, culture and identity and political rights of the people of the Jammu & Kashmir state”, he observed.

He described the gruesome killing of Shujaat an irreparable loss to the Jammu Kashmir peoples just and principled struggle for right to self determination and the sincere endeavors for emergence of peace in the region through the peaceful settlement of the Kashmir issue.

The chair – Senior Kashmiri Journalist Altaf Hamid Rao while paying rich tribute to the martyred journalist, said that Shujaat Bukhari was a seasoned professional journalist, writer, analyst and historian who was rising beacon light for journalists and young generation in IOJK, Azad Jammu Kashmir and Pakistan.

He observed that the assassination of Shujaat Bukhari had exposed the India and how it systematically was targeting the intelligentsia in IOJK, one after the other, who were raising their voice for a peaceful and amicable solution to this long-standing international dispute.

Rao prayed departed soul and termed him a big loss for Kashmir and journalistic fraternity. He remembered Shujaat Bukhari as a brilliant journalist and above all a kind soul.

The JKUJ Supremo said that the martyrdom of Shujaat Bukhari had shocked everyone in Pakistan and Azad Kashmir. He said that he was an intellect with in-depth knowledge of the dispute and its current dynamics.

Altaf Hamid Rapsaid, Shujaat wanted to further the role of Kashmiris who had been relegated to helpless bystanders to the dispute by India and that he believed India’s use of force was in no way a solution to the issue and the resolution of this dispute is only possible if the people of Kashmir Kashmir Press Club Mirpur paid tributes to senior journalist Syed Shujaat Bukhari on his second Martyrdom anniversary.

The KPC held a meeting on zoom on Sunday with the Press Club’s President Sajaad Jarral in the chair, to commemorate the 2nd martyrdom anniversary of Bukhari who, along with two security guards, was shot dead by unknown gunmen two years ago on June 14, 2018 outside his Rising Kashmir office in Press Enclave Srinagar.

The members remembered the contributions of late Bukhari that he made to the institution of media in Kashmir.

The participants offered Fateh for the up gradation of the status of the martyred soul in Jannah.