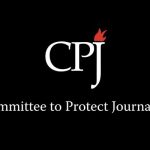 APP: The Committee to Protect Journalists (CPJ), a US-based independent watchdog body, on Saturday called on India to immediately release Qazi Shibli, editor of The Kashmiriyat, a news website based in Indian Illegally Occupied Jammu and Kashmir, from custody. Shibli was detained at the Shergarh police station in Srinagar on Friday after questioning by the police’s cybercrime division, according to news reports and a member of Shibli’s family who spoke to CPJ, a press release said.

“Authorities in Jammu and Kashmir must immediately release Qazi Shibli and allow him to return home,” Steven Butler, CPJ’s Asia programme coordinator, in Washington, D.C. , said in a statement. “Indian authorities must end their harassment of journalists and allow them to do their jobs without interference,” he added. In July 2019, Shibli was detained and questioned by police in Anantnag, after he tweeted about troops movements in the region shortly before the Indian government abrogated the autonomy of Jammu and Kashmir state, according to CPJ. He was then arrested under India’s Public Safety Act and held in prison for nine months without trial.

According to a member of Shibli’s family who spoke with CPJ over the phone and asked for their name to be withheld out of fear of retribution, Shibli was summoned for questioning by the police cybercrime cell over his reporting, the press release said.  They told CPJ that Shibli, accompanied by a relative, reached the cell’s office in Srinagar around noon p.m. on July 31, where authorities questioned him until the evening. He was then transferred to the Shergarh police station for overnight detention.

According to Shibli’s family, police claimed that they needed to ask Shibli further questions before releasing him. As of Saturday night in Srinagar, Shibli was still being held, the press release said. CPJ messaged Haseeb Mughal, Senior Superintendent of Police for Srinagar, for comment, but did not receive a reply, it said. In the past few months, Jammu and Kashmir Police have questioned and opened investigations into several local journalists over their reporting, including Masrat Zahra, Peerzada Ashiq, and Fahad Shah, as CPJ has reported.