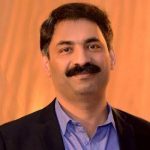 The Pakistan Bar Council (PBC), the Human Rights Commission of Pakistan (HRCP) and the Pakistan Federal Union of Journalists (PFUJ) have strongly condemned the life threats against investigative journalist Ahmad Noorani “for writing an investigative piece about the business fortunes of close relatives of a retired army officer”.

In a joint statement issued on August 30 by PBC Vice Chairman Abid Saqi, HRCP Chairperson Dr Mehdi Hasan and Secretary General Harris Khalique, PFUJ President Shahzad Zulfikar and Secretary General Nasir Zaidi, the three groups denounced the “well-orchestrated campaign” against Noorani, which they said, had declared him to be “anti-state” and an “agent of the enemy”.

PBC, PFUJ and HRCP said “if anyone has any complaint against Mr. Noorani’s story, they should approach the courts,” adding that the leadership of the bar, press and civil society urge the government to provide protection to Noorani and to “investigate elements” behind the threats. Additionally, they said that Noorani had been attacked a few years ago and the “culprits went scot free”.

They called on human rights organisations as well as the civil society to take note of the situation “where voices of dissent are being curbed through brutal force and even abduction of journalists”.

Noorani had published an investigative report in Fact Focus regarding the assets of the family of Lieutenant General (Retired) Asim Saleem Bajwa who is currently chairman of the China Pakistan Economic Corridor Authority (CPECA) and the Special Advisor to the Prime Minister on Information and Broadcasting.  Bajwa had served as the Commander Southern Command and Director General of the Inter Services Public Relations (ISPR), the media’s military wing.

In response to the story, Bajwa  tweeted: “A malicious propaganda story published on an unknown site, against me and my family, (just uploaded on social media) is strongly rebutted.”