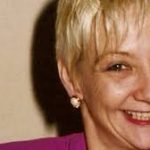 PESHAWAR: The Bannu Police during an encounter killed an alleged terrorist who had links with the kidnapping of Canadian female journalist Khadija Abdul Qahaar, an official said on Tuesday.

Khadija Abdul Qahaar, who claimed she had converted to Islam, along with her translator and guide was on her way to Miramshah in the hope of interviewing the local Taliban militants in North Waziristan in a taxi when unidentified armed men kidnapped her on November 12, 2008.Two million US dollars ransom was demanded by the TTP North Waziristan later. They threatened to kill her if their demand not met. A video was released later in which Khadija Abdul Qahaar made a plea to the authorities to get her released.

Later, reports said she was found dead in captivity on November 4, 2010. “the main kidnapper of the Canadian citizen was Amin Shah, who was also involved in eight other cases of terrorism. Besides, the accused had a link with the IED attack on a police mobile in Bannu on Monday. He was killed in an encounter with the police and quoted Regional Police Officer Abdul Ghafoor Afridi told The News. He added that the accused was charged in the FIR of the kidnapping of the Canadian citizen a few years back.

A police car was targeted on Monday with a remote controlled improvised explosive device (IED) attack after which two alleged terrorists were killed in the encounter. The evidences obtained from the killed men also led to the killing of Amin Shah in an encounter on Tuesday.