Upping the ante on censorship

Home News Freedom of Expression Upping the ante on censorship 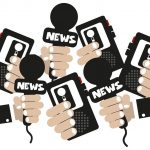 A discernibly aggressive form of self-censorship has become a key characteristic of Pakistan’s supposedly ‘free media’ of late. There are no-go areas that have been so well-defined for newsrooms over the past few years that almost all conventional media houses understand the limits to the selection of stories and opinion pieces. This however does not apply to social media where the generation of content, its propensity to become viral and therefore the impact it has, cannot be easily monitored, regulated or controlled. But that doesn’t stop the state from making attempts to do exactly that.

The Pakistan Telecommunication Authority (PTA) writing to video sharing website YouTube to ‘immediately block vulgar, indecent, immoral, nude and hate speech content for viewing in Pakistan’ is the latest example of a ridiculous attempt to regulate social media the wrong way. YouTube has 1.3 billion users and around 300 hours of video are uploaded to the website every minute with close to 95 percent of the Internet population using the platform to view and share content.

To expect this global powerhouse of free video content creation to ban a broad category of videos deemed unsavory by PTA for viewing in Pakistan is absurd. The lack of specificity in the request displays how little the PTA understands the complexities of modern day online media. Earlier this year the PTI government tried to formulate a regulatory policy for social media by demanding that major tech companies such as Google and Facebook establish their regional offices in the country and grant Pakistani institutions access to user data upon request.

Needless to say the proposal fell flat on its face after receiving widespread criticism locally and internationally, with the tech firms in question threatening to exit Pakistan.

Deeming certain content vulgar is quite a subjective matter best left to the consumer to decide. It is a slippery slope, the state deciding what is and isn’t appropriate for the citizenry. It was possible in a pre-internet era where brilliant authors like Saadat Hasan Manto were dragged through courts for their work that was critiqued by psychiatrists hired by the prosecution. He now happens to be one of the most revered short story writers of the Subcontinent with all of his work available to read.

With the connectivity and access to the plethora of content the Internet has made possible at the touch of a button, it is simply not possible to achieve what the PTA has set out to do. If this is a precursor to banning YouTube outright, well, everyone knows what transpired the last time that happened in the country.