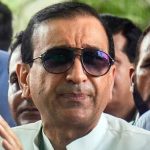 LAHORE: The Lahore High Court on Tuesday adjourned hearing till today (Wednesday) in the bail matter of Jang/Geo Media Group’s Editor-in-Chief Mir Shakil-ur-Rahman as his counsel was still on his legs.

Earlier, the counsel for Mir said the NAB had arrested his client in a 34-year-old concocted case relating to private property illegally for criticizing incumbent government.

The counsel Amjad Pervez argued that the Punjab government, at the time, had provided an exemption on 54 plots in accordance with the law. He said that the prosecution had investigated Mir and had obtained nothing from him.

He further said that general power of attorney was registered with the registrar on May 22, 1983 and on June 4, 1986, the Jang/Geo Media Group Editor-in-Chief requested the DG Lahore Development Authority for initial construction.

The lawyer further said that on July 22 of the same year, the director land development issued a letter denying Mir’s request. “The suspect had paid all dues by August 5, 1986,” the counsel told the court.

“From 1986 to 2019, the LDA kept silent and initiated no legal proceedings and never had shown concern or complained about the exemption granted to Mir and his power of attorney. The LDA didn’t even become a complainant in the case,” he said.

He said that his client had appeared before NAB Lahore and submitted all documents pertaining to the case.

The lawyer said that a reference had been filed against his client in which it had been stated that he had caused a loss of Rs 143 million to the national exchequer and had been accused of violating the land exemption Policy. He said even if exemption was granted in violation of set policy, the NAB had not authority to arrest and prosecute his client. He contended that LDA rules were there to deal with such situations.

He said under section 9 sub section 6 of the National Accountability Ordinance, 1999 no offence had been made out against Mir. He said arrest warrants were not issued against the persons who had been alleged of misusing power. He contended that Mir Shakil was being discriminated in the case as the prime accused while other had not been arrested.

He said that there was no evidence that Mir had sought any personal benefit from any public office holder. The council was still making his submissions when court rose for a day.