Home News Freedom of Expression On the market of information 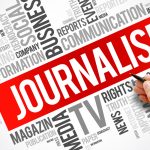 Misinformation and disinformation has become a growing menace, not just over social media but also at conventional media, leading to growing demands by media consumers and by some senior members of journalistic community for better code of conduct to improve the standard of news and views. Yet somehow the subject of regulation irks nearly all and sundry in Pakistan’s journalistic community. Do they really think that a competitive marketplace of ideas, opinions and information exists – one that exempts them from regulation?

Economists have written tomes on why and how unregulated market for goods don’t work; the market of ideas, opinions, and information is no different and requires regulation as well. To think that suppliers of good news and views will eventually crowd out those who supply bad news and views reflects a poor understanding of markets.

Regulation for marketplace of goods is easily understood. Regulation for marketplace of opinions and information, however, isn’t a part of popular imagination even though it is critical in a growing service sector economy. For instance, the Competition Commission of Pakistan sends companies an invoice for fines when they falsely advertise themselves as offering ‘best’ product or service.

Similarly, there are laws that keep sell side analysts/brokers from holding any material position in the stock they are pitching, nor shall they pitch stocks of companies they are advising or have any other material transactional relation with. In case they do, they ought to be transparent about it and give full disclosures of it. This is simply because transparency is an integral principle of a competitive free market.

Yet strangely we have media houses, newspaper columnists, anchors and professional opinion suppliers on electronic and print media, who hold close financial and non-financial ties with different political parties, power corridors, and interest groups without being transparent about it.

A competitive marketplace of ideas, opinions and information is instrumental for smooth functioning of democracy. Distortions in this market is far more dangerous than distortions in market of goods or even other facets of service economy.

If a broker pitches a stock despite having a conflict of interest, or if a sell side analyst intentionally creates mis- or disinformation for a stock, then the suffering will likely be limited to identifiable holders of that stock. But if people support wrong government policies or vote for wrong politician then the whole of the society suffers, where inter-generational consequences are quite likely.

Granted that there are genuine risks of media regulation being used to clamp freedom of expression, given Pakistan’s chequered political history. But 21st century offers several unique ways of governance mechanism and instruments that can be implemented to improve the standard of journalism in the country without a capture by the powers that be. Fear is not a justification for failure!

Economic literature is replete with examples that showcase how the idea of self-regulating markets has proven to be as unworthy as the idea that market players can self-regulate themselves, the latter being considered by several leading journalistic voices in Pakistan.

As the new generation gradually changes hands, it’s about time to address this existential wrong to achieve the positive spillovers of a vibrant market of ideas, opinions and information on various facets of economy as well as political and social development. Such an effort should not be construed as a one-time exercise of passion but a systematic effort towards institution building, because the alignment of private and social incentives in media is rather complicated affair and requires a long period of trial and error to arrive at a neat equilibrium.