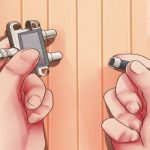 KARACHI: Cable operators across the metropolis suspended TV and internet services from 7pmto 9pm on Monday as a protest against K-Electric (KE) for deliberately cutting the cables of various fibre broadband providers.

All Pakistan Cable Operators Association (APCOA) and the Internet Service Providers Association (ISPA) also announced that they would observe the strike on Tuesday (today) as well if their demands were not accepted, while warning of a countrywide protest if action was not taken.

The cable operators have demanded that KE stop damaging their infrastructure and give them reasonable time to streamline their aerial network or migrate their networks underground.

Addressing a press conference at the Karachi Press Club on Monday, APCOA and ISPA chairperson Khalid Arain said that on one hand, KE negotiated with them, while on the other, it cuts their connections.

Arain added that the cable operators needed time to lay an underground cable network. “If the KMC and other relevant institutions cooperate with us, we can lay the underground network within three to four years,” he claimed.

According to him, KE was not complying with the orders of the Karachi commissioner. He added that APCOA and ISPA had also requested Sindh Governor Imran Ismail to resolve the dispute between the power utility and the cable operators.

He also argued that KE had held cable operators responsible for the casualties caused by electrocution during the monsoon rains last year, but the allegation was baseless as their cables did not conduct any electrical current.

Pointing out that the internet was a major source of entertainment for citizens, especially given the lockdown, he admitted that the people would face inconvenience due to their strike, adding that Pemra should support the cable operators against KE.

Meanwhile, a cable service provider issued a statement decrying “the highly irresponsible and disruptive step” of cutting their cables. “This destruction of operators’ infrastructure has been carried out despite service providers having started the migration of fibre cables underground in agreement with Defence Housing Authority and KMC as well as aerial bunching of cables on standards approved by the utility company itself,” it added.

According to the statement, the cutting of cables without any prior intimation was “a serious challenge” for the city’s broadband and cable TV providers.